IT TAKES A VILLAGE…

…to build an idiot. As you may have surmised, I am not a big believer in the concept that there is ‘wisdom in the crowd.’ Based on my experiences, the ‘great unwashed masses’ are driven by herd instinct. This should be obvious when we watch lawless acts being committed by one or few and, suddenly, the crowd joins in. Tearing down stadiums, looting, and riots are prime examples of the herd instinct in humans. People’s moral compass vanishes under a wave of ‘follow-me.’

This morning, I heard the story of a man that was arrested for child abuse for spanking his kid in the checkout line of a grocery store. This wasn’t someone else’s child. The man wasn’t using a belt or a whip. Still, someone was incensed enough to call the police, and he was arrested and charged. I have no doubt that I will hear all kinds of reasons and explanations for the actions taken. It doesn’t matter. Unless the child was in actual physical danger, why did anyone else get involved? Political Correctness run amok. The ‘progressive crowd’ pushing an agenda and the sheep blindly following.

I address some of this attitude in the Senses Novels. When right is considered wrong, and wrong is considered right, what happens to a society? I have some very strong views on right and wrong, good and evil, and sin. And therein lies the crux of the problem.

We are living in an age and time where the things that were considered evil, even an abomination, as little as twenty years ago, are glorified. Here are some interesting statistics for you:
Between 2007 and 2014 the Christian share of the population fell from about 78.5% to about 71%. What are the driving causes? One is that people are convincing themselves that God and religion are ‘a personal thing.’ I suppose when you face ridicule in the media and see people being castigated on film and television for being a believer, you would want to make your beliefs a personal thing.

While the anti-believers are the loudest segment of our population, they are NOT in the majority as they would have you think. By far, most American still believe in God. That’s a good thing because there is simply no way that we can win this culture war on our own.

I wanted to let you know that AURA has a nice new cover and there have been some minor edits of the content. If you don’t already have a copy, now is a good time to grab one. Hey, it’s less than the cost of a cup of coffee, hot cocoa, or tea! 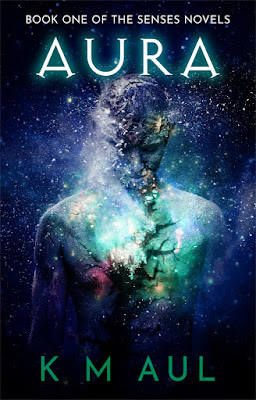