While aging is never a fun process, it does give one the advantage of perspective. I have to laugh whenever I hear a so called ‘expert’ make a proclamation as to ‘this is or must be what happened or happens.’ I only believe in two absolutes which I will get to in a bit.

Science is always changing its mind about what it calls ‘facts.’ To make it more believable, scientists call it ‘reevaluating the data,’ or, ‘having additional data increase our understanding.’ I am not saying that I am against science if anything I am a huge proponent of the scientific method. Unfortunately, most scientists today do not use the scientific method in any way, shape or form.

Social Science is even worse than hard science as regards ‘facts.’ A prime example of this is the theory that has been proposed for the last few years that the Mayan civilization slowly left its empire behind because of drought and food shortages. Recently though, because of the find of huge new Mayan cities in territory never thought to be under Mayan control, the new theory is constant political crisis and wars drove the empire into ruin. I have my own opinion, you can find it Senses Novel number four, Synesthesia.

If you are wondering what some of the scientific theories that have been ‘re-evaluated’ are, you can find an interesting listing here: https://en.wikipedia.org/wiki/Superseded_scientific_theories
Note, that even here they are called ‘superseded’ instead of merely false. In time, the list will grow and that is the root of the problem.

People have a tendency today to believe in science as the new religion. Science has made our lives better, it has also made our lives worse. We tend to live longer and with more vigor than we used to, but we also have diseases that we never had thanks to the overuse of certain medications. It is rare that we get everything to the plus side of the equation.

I also want to make sure that you understand, if you look at it rationally, there is no conflict between science and religion. The humanist segment wants you to believe that there is, that science somehow disproves or shows no need for an almighty God. Yet, no one has come up with an explanation that doesn’t defy logic as to how the universe came into being, why small lizards didn’t evolve into the dominant species instead of mammals (evolution is still a theory folks) and why every ancient culture believed in a higher power or higher powers. I discount S. Hawking because his explanations are sophistry at its worst, they boil down to, “the universe didn’t like being nothing, so it decided to be something…”

All of them were scientists with firm religious convictions. Dr. Francis Collins, the person who headed up the Human Genome Project, is a Christian. Think about that for a moment. While a smaller percentage than I would like of scientists believe in God (36%,) the fact that ANY do should give the world pause.

This brings me to the two absolutes that I believe. The first is, ‘everything except one changes.’ And the second is, ‘the one thing that doesn’t change is God.’

Have a great week! 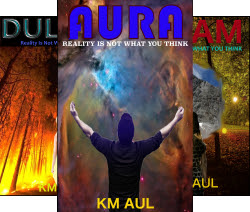