WARNING: IF YOU HAVE NOT READ BOOK FOUR, SYNESTHESIA, THERE ARE SPOILERS IN THIS POST.

The title of this particular post is a tad misleading. I could easily be wrong here, but it seems to me that there is an aspect to a couple of the books in the series that seems to have been missed, especially by the women that have read them. None of the comments that I’ve heard or read have mentioned the fact that at least two of the books and especially, book four, are love stories.

I know that you see the conflict, the drama and the battle between good and evil in the novels, but did you miss the fact that there is a tight romantic interplay between several of the characters? I am totally convinced that men are far more romantic than women and I look at poor Eli as my greatest example. After all, what man carries a torch for the same woman for over twenty centuries?

There is also a love story that has and always will transcend the ages. The interaction between Eli and his greatest friend demonstrates a love that never fails. It’s the same love that we saw in the first book, AURA when Jacob saved our poor planet at enormous expense to himself.

Can you think of some of the other examples of the love story running throughout the series?

Have a wonderful week ahead everyone!
KM 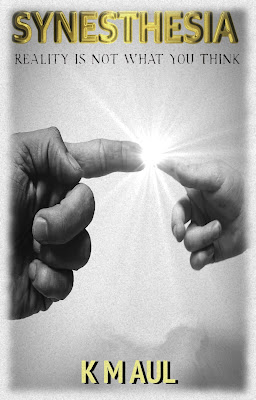