THE MEANING BEHIND AURA

AURA is a novel filled with allegory and symbolism. Perhaps the most interesting one is the name itself. In Latin, it means breeze, wind or air. In Greek aura means breath or breeze. The root word for both is “awer” or air. Yet, that is not the meaning that most people associate with it today, and it is not the meaning that comes out of the novel.

If we go into the Hebrew language, we discover that the word for light is אוֹר which, when transliterated becomes ‘or’. The book, Aura, is all about light and perception. The hero of the novel, Jacob can bend the life-force of all things, which he perceives as colors, to help shape his version of reality. This, in turn, has a direct effect on what we know as reality. 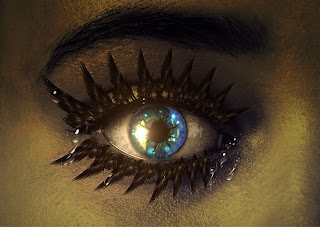 There is a famous study on what is now known as ‘perceptual blindness’ that helps to show that while the laws of physics remained the same, our realities didn’t. The study demonstrating this is the Invisible Gorilla Test, conducted by Daniel Simons of the University of Illinois at Urbana-Champaign and Christopher Chabris of Harvard University. This study asked subjects to watch a short video of two groups of people (wearing black and white t-shirts) pass a basketball around. The subjects are told to either count the number of passes made by one of the teams or to keep count of bounce passes vs. aerial passes. In the video, a woman walks through the scene wearing a full gorilla suit. After watching the video, the subjects are asked if they noticed anything out of the ordinary take place. In most groups, 50% of the subjects did not report seeing the gorilla.

So, if our perceptions can be radically different, can they affect the world around us? Science does not recognize that there are such forces as telekinesis in any form. Why? Because there have been no repeatable and verifiable experiments that have shown that such a thing is possible, no matter how much anecdotal evidence there is. Of course, most scientists completely believe in evolution, even though they have never seen anything evolve, and most of the evidence comes from a couple of bone fragments from which they believe they can construct an entire creature.

If you would like a glimpse into the world in which Jacob lives, AURA is on sale for only $0.99 at AMAZON. 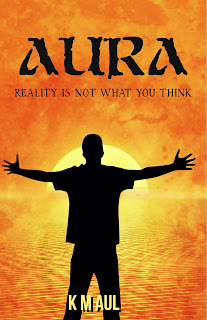