Another election is right around the corner. In the Senses Novels, one of the themes is how the country descends into chaos when it is purposely driven to it by corrupt and even non-human politicians. Looking at some of the insanity being spewed in this political season, it isn’t hard to believe how this could happen.

The media wants us to believe that our President incites violence and hatred, when, from everything that I’ve been able to see, the opposite is true. An immediately former president did more to do this than any other, based on my observations. This same press is somehow making a hard left, and I am talking about pure and simple Communism, seem as though it is a normal and natural process for the United States to adopt. I am confused.

John F. Kennedy was one of the most ardent enemies of Communism that the world has ever known. This is the standard by which the Democrat party has been known for decades. What happened? Lyndon Johnson was willing to commit more troops and American lives to ward off a Communist take-over of a foreign country than any other President, and he was a party Democrat. Where did this resolve go?

The desire for control has led what was once a great institution down a dark path. Instead of caring about the real needs and showing a love for the people of the United States, the ravenous demand for power has the Democrats doing and saying whatever it takes to gain the political advantage. While lies are nothing new in politics, treason is.

There is verifiable evidence that some of the people in a caravan heading to the U.S. from South America contains known middle-Eastern terrorists. This isn’t a guess, it is a fact. Yet, many Democrats are not only pushing for them to come, but some are also aiding and abetting them. This is the definition of treason. I saw a YouTube video last night of one person’s election team doing just that, committing treason.

I do not believe that the majority in this country has really spoken. It is no different than it was in the late 1960’s, where the silent majority hid from the vocal minority. I will never understand this fear or apathy. It resulted in years of our Vietnam veterans being looked down on and ostracized from society.

On Tuesday, I fear that we are going to see progress in this country hit a brick wall. If you believe that Congress does nothing now, wait until after this Tuesday, and you have two houses at odds with each other and a President that will veto foolish laws that do get through.

Please understand, I’m not happy that the stock market is down or that the prime rate is up. I don’t agree with all of the policies that our President is putting in place. But, I respect the man and the vision that he has for making sure that we, the people of the United States of America, are a priority over other countries.

So, vote on Tuesday if you haven’t already. But don’t vote based on the lies and rhetoric that a biased media is pushing on you. Think about the kind of country that we might have if we swing far enough left, the way that the ‘new’ Democrat party is pushing. Think about places like Venezuela.

Have a great week. 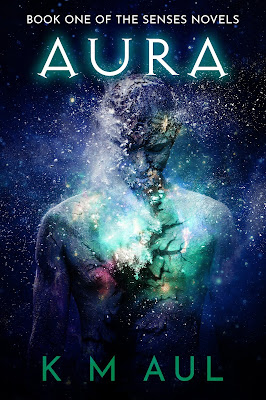