WHY DO WE WAR?

I’ve tried to examine this question in the Senses Novels, specifically in Synesthesia, but still find myself struggling with it. Are we somehow ‘hardwired’ toward mass slaughter? One thing that I’ve noticed, we, humans, are not the only creatures on our planet that go to war.

Ants and termites go to war to protect their queens. Chimpanzees and meerkats go to war over land. Japanese giant hornets assault the hives of their prey, Japanese honeybees. The bees retaliate by swarming lone hornet scouts with vibrating wings (the vibrating honeybees heat the hornet above its thermal tolerance. Basically, they cook it.)

For humans, war has been with us since the beginning. We find it in the first book of the Bible, in Genesis 14:1 through 24. You can look the verses up for yourselves.

None of this explains the ‘why’ of it. The prevailing theory is that in all cases it is about continuation and preservation of the species at an instinctual level. That seems reasonable on the face of it, but the facts do not bear it out.

Cooperation has been shown to be far more beneficial toward for our own kind than war. We build better, eat better and gain longer lives the more we cooperate as a species. At least, that is what the evidence shows. Still, there may be other reasons for war.

If we read the Bible or even look at history, we find that there have been and still are some ruthless and evil people and civilizations. Recently we had the Nazi regime that believed it was okay to eliminate an entire race to fit their idea of a better world. Today we have rogue nations arming themselves with weapons capable of causing devastation on an unimaginable scale, for the sake of their beliefs or egos. Is war justified in these cases?

I am not a pacifist by any stretch. I believe in both personal protection and the protection of the general populace. The question is, does that protection extend as far as ‘preventive’ or ‘preemptive’ war? Let me put it another way.

If a bully is standing over you with a baseball bat and is threatening you, telling you that he is going to hit you with it, over and over, do you have the right to stop him before he does? How much force should you be allowed to use to stop him? Should others, who are standing on the sidelines and may even be friends of the bully, have any influence on what you do?

Jesus goes even further than this in Matthew 5:38-40, ‘38 “You have heard that it was said, ‘An eye for an eye and a tooth for a tooth.’ 39 But I say to you, Do not resist the one who is evil. But if anyone slaps you on the right cheek, turn to him the other also. 40 And if anyone would sue you and take your tunic,[a] let him have your cloak as well.’

Does this mean that we are to accept our destruction without attempting to defend ourselves? There are some denominations that believe just that. But, I think that they are misinterpreting what Jesus is saying. If you read it in context, Jesus was applying this to a very specific kind of circumstance regarding revenge or retaliation. Defending yourself against a bully or evil is not revenge, and it certainly isn’t retaliation. So, in a case like this, war may be justified.

It’s hard to accept the carnage of war for any reason, but it is even worse to acquiesce to annihilation because of someone else’s evil thoughts and beliefs. 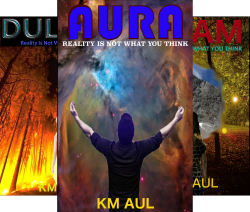