It has been a while since I posted. I apologize as I have been busy with other projects, including a recent trip out of the country. I hope you enjoy this one.
SPOILER ALERT! IF YOU HAVE NOT READ SYNESTHESIA, YOU MAY NOT WANT TO READ THIS PARTICULAR BLOG POST AS IT CONTAINS INFORMATION DIRECTLY RELATED TO THE STORY.
Each character in the latest book of the Senses Novels, SYNESTHESIA, usually serves a single purpose or one role. The exceptions to this are Gifu and our main character, Eli. If you have read the book, then you already know what I am talking about. What you may not know is that there are historical or mythical facets to Eli that are not obvious in the book.
As Eli ventures through the centuries, you might not see the various roles that he plays. To anyone that should happen to discover that he doesn’t age quite the same way that normal people do, he might be thought to be ‘the wandering Jew.’ A variant of the Wandering Jew legend is recorded in the Flores Historiarum by Roger of Wendover around the year 1228. An Armenian archbishop, then visiting England, was asked by the monks of St Albans Abbey about the celebrated Joseph of Arimathea, who had spoken to Jesus, and was reported to be still alive. The archbishop answered that he had himself seen such a man in Armenia and that his name was Cartaphilus, a Jewish shoemaker, who, when Jesus stopped for a second to rest while carrying his cross, hit him, and told him "Go on quicker, Jesus! Go on quicker! Why dost Thou loiter?", to which Jesus, "with a stern countenance," is said to have replied: "I shall stand and rest, but thou shalt go on till the last day."
(https://en.m.wikipedia.org/wiki/Wandering_Jew)
But there are other aspects to Eli that you likely did not catch as the story weaves through the many cultures and times. Our main character is an early prototype of the person who would later be called Merlin. It is only in recent accounts that Merlin is associated with an owl (in the Once and Future King, the name of the owl is Archimedes and is also used in the Disney® film ‘The Sword In The Stone.’) He was, however, considered a sage and/or magician all through the various incarnations of the stories that were handed down about him. There is even a short reference to our hero keeping his promise to check on the sanctity of a particular tomb in England. 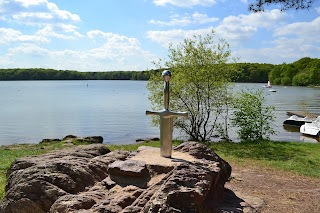 Eli’s apparent immortality links him to other immortals such as his contemporary, John the Apostle and another that may have been around during the time of Merlin, Sir Galahad. Whether these others are actually immortal, I can’t say, but that is the rumor.
If you’ve read the book, you may want to go back through and see if there are other places and times where Eli might be taken for another historical or mythical figure. There are a few more, but it might be more fun for you to look for them yourself.
A note to those who are wondering, the Audiobook for SYNESTHESIA is currently in production. I will let you know the release date as the time gets closer. Until then…
Enjoy Spring!
KM 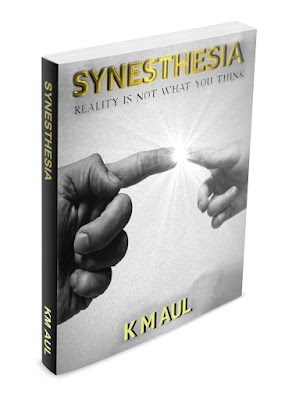